Online Gaming Community….. Its a Gateway to a Hugely Diverse Community

Online Gaming Community….. Its a Gateway to a Hugely Diverse Community

Meeting 4Kings1War game builders and tester at #staplesVR, #4kings1war have a online game called Four Kings One War powered by Steam, you’ll need to create a account first then, click on the link https://store.steampowered.com/app/883680/Four_Kings_One_War/ its free to play against Morpheus, hes always up for the challenge no matter your level, he’s there at easy, medium, hard and extreme, the joys of playing this new game in new territory on the chessic world can start you, at any stage you class yourself, Morpheus has the ability to sync with your level play with features of attacks, hidden attacks and defense, the easy is the best place to start and then the addiction to win kicks in.

Ai’s intelligence and hasn’t been beaten at extreme yet. Im sure as time furthers on, players entering the #4kings1war online arena will met their match with him (Morpheus) and win, and then from there forward wanting to play a human at their own level will be the ultimate game battle. The developer holds a lot of admiration and amazing paths for the future of this online game worldwide.

With the online sector, players enter and play against players to gain a ranking, individually starting at 1000 rank, your individual ranking can rise or fall determined to your wins or losses. Points are given for a win or a loss determining the ranking of your opponent you’re playing. So to gain a better ranking, try playing someone ranked higher than yourself. Win and Rank up! No matter the skill level, theres a place for you, with more people joining a community can grow and good things can start to happen for the brand 4Kings1War to give back tenfold.

The creator of 4kings1war’s mindset is to have a community worldwide, both online and organically, and really the mind boggles at where this game will go…  and we havent really touched the surface of what this game brings to the worldwide. Online gaming is GIANT platform and growing, it don’t matter what game you play online within a community, its a totally different lifestyle to the real world for one, thats for sure, as my son is a gamer and listening to his conversations, its exciting and competitive and highly upbeat at most times, lol then theres the screaming or laughing at each other, all the while through the mic and earphones, the pull toward an online presence is no doubt in tsunami mode, and it seems everyone wants a part of it even I do, the competitor inside me desires more than the neighbourly wave, good morning albeit I smile and wave back 🙂

As much as #4kings1war inspires me to write more about its travels and trials, the people I meet along the way who see the vision of four kings one war and, what the brand can offer the world. It’s the emotion I love to capture, I sure would love to capture the emotion of Morpheus, kudos to Tom Leys who built him, I like to see Morpheus in action with someone of a competitive nature giving it their all for a mind muscle flexing game. Capturing him in digital format Morpheus in full cyber emotion and player, a winner and a loser, aw just thinking about it makes me emote.

lol Silly, getting carried away now, honestly there were times when capturing the competitive emotion was a silent but highly upbeat vibe, I can hear my own heart beat in slow down and the clicking silent sound of the shutter on my DSLR sounding like a tap drip in the dead of the night, because its all about the thought of when to make your strike, the moment of movement from a player can be unpredictable, in my nature of shooting unpredictable actions slow down when in the moment, and breathe out slow, the need to capture is imperative and highly exhilarating but done on the quiet.

Inside the game play, being a spectator would be awesome, watching people play from inside the cyber world, avatars galore, all having an emotional experience in gaming, my photography would be way-y different lol, but would the emotion be the same yes of course …. to win or not. Hopefully you’re not thinking this girl is whacked, its just a playful thought in cyber in an avatar with a camera capturing avatar gamers and their emotions, anyway here is a snippet from the creator of #4kings1war with his thoughts being brought to fruition about movement.

Glyn says “Certainly there are so many really cool features we are yet to bring out including spirit warriors coming out of the pieces and having short fight sequences as well as statistic functions on other players and the AI training mode where it will push instructions to you via spirit animals in the game, Mixed reality and so much more”. Thoughts to add to the fight sequences, the spirit warriors morphing out of a chess piece to add to the visual effect can definitely be changed from one series of 4kings1war to another, ie Viking series to a Sumari series, to a Persian series, the series content would be endless.

My goodness the visuals would be awesome, imagine playing #4Kings1War in VR with morphing spirit warriors or spirit animals in a fight play. Different series can be realised with more players venturing into the online realm of Four Kings One War.

The 2Kings are captured and it’s game over, lucky me 🙂 gets to relive those moments of the gamers emotion in Lightroom’s edit room. I see the culture emerge and the thrill of the competition begins, people seeing their images are taken to a platform of next level strategy and there, their emotions are captured playing a new frontier strategy in the chessic community.

All thats out here in our reality, the players, the game, the journey, the result, the captured memory and then, to view the memory, most of times there is a story behind the captured emotion, funny how that can set the tone for the next game in play. Theres a few options I have in my thoughts about how a life inside an online gaming community can be lived day in and day out. But thats another blog sometime ahead in the journey. 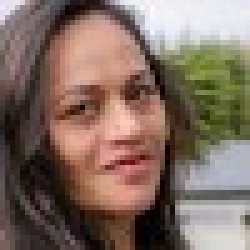 4 thoughts on “Online Gaming Community….. Its a Gateway to a Hugely Diverse Community”